South Woodham Ferrers is a small town located within the borough of Chelmsford, nestled in the Essex countryside between Fenn and Clementsgreen creeks and along the River Crouch.  It lies west of the popular town of Burnham-on-Crouch and only 8 miles southeast of the city of Chelmsford.

The town, originally a village known for its market gardening and poultry farming businesses, has grown and developed since the 1930s and witnessed a surge in developments in the inter-war years. Although it has continued to develop, it still remains a relatively small town, with a population of approximately 18,000.

Bushy Hill, an area to the north of the town, is fondly known as ‘Radar Hill’ due to the radar testing site developed and operated there by the former company Marconi, and more recently by BAE Systems, to develop radar technologies. Although the site remains in use, the large dish that once occupied the hill and earnt it its name, has long gone. ‘Radar Hill’ is also home to bluebell fields and other rare flora and fauna as well as to bat colonies, barn owls and badgers among other more common types of English wildlife.

South Woodham Ferrers sits in the triangle between Burnham on Couch, Maldon and Chelmsford – all very popular and desirable locations in this part of Essex, however this small town has everything you need.

The centre is made up of around 100 businesses with a combination of retail premises, professional services (such as banks and estate agents), cafés and restaurants as well as an Asda Supermarket.

There’s no shortage of things to do and if you are looking for a local interest group, or club to join, South Woodham Ferrers has everything from a leisure centre, plenty of local sports groups including football, rugby, cricket, swimming, badminton, ramblers, yacht and bowls clubs as well as an amateur theatre society, writers group, camera club and singers club for the more creative.

South Woodham Ferrers is also the home of a male voice choir – originally named after the town, it now performs under the name of men2sing. There is also an all-female choir, The Swift Singers.

With Chelmsford, Maldon and Burnham on Crouch only a short drive away, you’ll never be short of things to do, places to visit, restaurants and pubs to try and local sites to see – and shops for those looking for some retail therapy.

The town has its own railway station with London accessible in under an hour to London Liverpool Street and Southminster. At other times, you may need to change at Wickford.

Train services are provided by Abellio Greater Anglia and current timetables can be downloaded here https://www.abelliogreateranglia.co.uk/travel-information/timetables

For information about routes and fares visit;

South Woodham Ferrers is very accessible by road too, with A12, the main route through East Anglia, not far away. The town is connected by the A132 to the A130, A127 and other main routes. The B1012 goes east to Southminster and Burnham-on-Crouch and the B1418 north to Danbury.

We’re also lucky to have Southend Airport only 6 miles away, offering numerous routes within the UK and further afield into Europe.  Airlines currently operating from Southend include Aer Lingus, EasyJet, FlyBe and Skyworks.  Tour operators include First Choice and Thomson.

For older children, the main secondary school in the town is William de Ferrers School which also has a Sixth Form http://www.wdf.school South Woodham Ferrers also has a bus service linking up to Seevic college for students looking at further education courses.

The Southend University Hospital or Broomfield Hospital, Chelmsford are the main hospitals for the area and both have an Accident & Emergency Department. The following link will take you to the ‘Find Us’ page. http://www.southend.nhs.uk/other-information/find-us/  http://www.nhs.uk/Services/hospitals/MapsAndDirections/DefaultView.aspx?id=2174

For non-emergency care, The NHS website http://www.nhs.uk/Service-Search/GP/LocationSearch/4 offers a search facility which will return a comprehensive listing of all local GP surgeries and health centres.

However, the main surgeries for South Woodham Ferrers are:

To find out which day your refuse and recycling will be collected, please visit the Chelmsford City Council website for full details.  https://www.chelmsford.gov.uk/bins-and-recycling/ 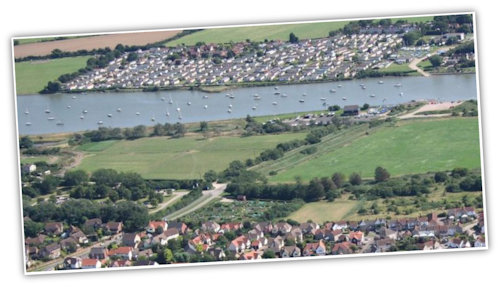 Visitors and residents will find a wide choice of pubs and restaurants locally in and near to South Woodham Ferrers, with the upmarket Burnham on Crouch and beautiful Maldon on the Blackwater estuary nearby, which both have independent outlets. Chelmsford is a short drive away, with greater choice in the city centre and surrounding retail parks. There’s lovely Essex countryside around the town with plenty of scope for exploring the waterways, taking a trip out to the coast and visiting other picturesque villages such as Danbury.

If you’re thinking of buying a property in or around South Woodham Ferrers, why not give Pace a call?